Spousal support, also called alimony, is one of the most frequently litigated issues in divorce, for a number of reasons. First, it is often difficult for a spouse to comprehend supporting the soon-to-be ex after the marriage ends when in many cases the spouse asking for support is the one wanting to end the marriage, sometimes for no apparent reason, or for one perceived by the potential payor of spousal support as unjust or immoral. In other cases, spousal support may be perceived as punitive, when that is not its true purpose.

The Internet has given rise to many misperceptions regarding spousal support, the most common of these being that alimony is dead; that spousal support is only ordered against the at-fault party; that spousal support runs forever; that spousal support is always awarded against the man and in favor of the woman; and the list goes on. Spousal support determinations tend to be largely subjective, often influenced by a judge’s own personal convictions or biases. Therefore attorneys may struggle to determine just how much spousal support the judge will order. The courts do recognize spousal support guidelines, but these are just that—guidelines—and unlike the child support formula, they are not mandatory. The guidelines, which are incorporated in support calculation software programs also used to determine child support, are based on five of the most readily quantified of 14 factors considered by judges: Length of the marriage; disparity in spouses’ earning powers; education; ages of the parties; and whether the recipient was the primary care provider for the children. The remaining, more subjective factors are addressed on a case-by-case basis.

When Do Courts Award Spousal Support?

Spousal support awards can compensate the spouse who has rendered services other than wage earning to the marriage (most commonly caring for children, or homemaking for the spouse who is out earning wages or advancing a career during the marriage) and allow that spouse to continue living a lifestyle similar to that enjoyed during the marriage. While this is the ultimate goal, in many cases it is not realistic; often both parties experience a decreased standard of living. Spousal support is also based on the premise that where one spouse sacrifices a career to enable the other spouse to advance, the spouse who has developed earning capacity because of the sacrifices of the other should share the resultant income for a period of time after the marriage ends.

Spousal support can be modified based on changed circumstances unless the parties agree in the judgment that it is non-modifiable.

I invite you to read more about types of spousal support, the Michigan spousal support factors, and modifying spousal support. An experienced Michigan divorce attorney can be instrumental in assisting you to establish a fair amount of support in your case, whether through negotiation and settlement or at trial. If you need advice with regard to a support matter, I welcome you to contact me for a consultation. Based in Holland, Michigan, I work with divorce clients throughout Ottawa County, including Grand Haven, as well as in Allegan County and throughout the West Michigan Lakeshore Region.

There are three types of spousal support in Michigan. The first, often called alimony in gross, is actually a means of property division payable through either a lump-sum award or fixed periodic payments. It is non-modifiable and not subject to conti… Read More

Michigan spousal support awards are based on 14 factors which are not contained in any statute, but are derived from case law. These include: parties’ past relations and conduct; length of the marriage; parties’ ability to work; source and amount… Read More

Michigan spousal support payments can be modified based on changed circumstances unless the parties agree in the judgment that it is non-modifiable. Most judgments of divorce provide that spousal support will be payable for a set number of years, wit… Read More 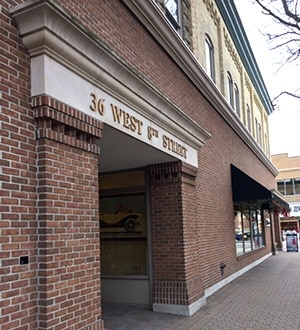 Fill Out this Form for a Consultation

In regards to Covid-19,  We are reviewing the best guidelines for our city and state for how

we should conduct business and plan to update this message as soon as we can.

Please call our office(s) to get learn how we are engaging with current clients and new at this time.